The KYC2020 Guide to PEP Screening: Defining PEP and RCA 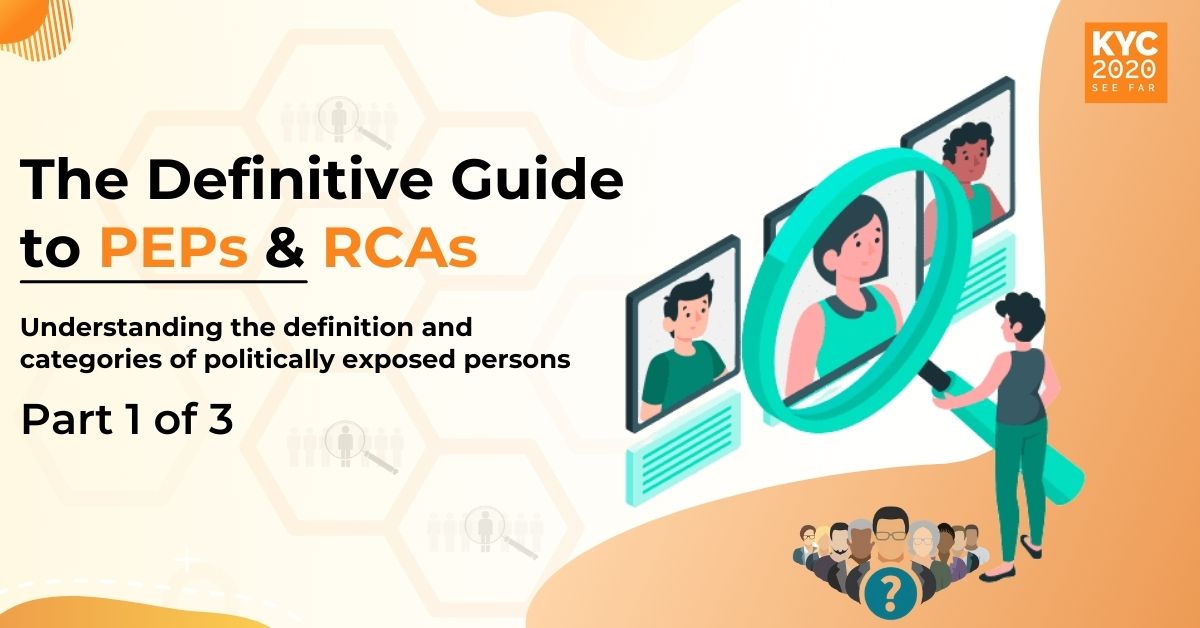 Screening for politically exposed persons (PEPs) is a critical part of your financial institution’s risk-based AML/CFT program. With the proper due diligence, PEP screening can help keep financial crimes related to corruption and bribery out of your institution, and by extension, the financial sector at large.

That is how it is supposed to work in theory.

PEP screening and monitoring in practice, however, is an incredibly challenging process. Governments and regulators are calling upon banks, credit unions, and a growing range of money services businesses (MSBs) to act as a shield against political corruption and financial crime.

At the same time, AML/CFT regulations and fines for non-compliance have become more stringent over the past few years. Just recently, congress passed the Anti-Money Laundering Act (AMLA) of 2020. This piece of legislation which is being dubbed “the biggest anti-money laundering reform in a generation,” significantly adds to the regulatory burden in AML compliance across the board for institutions involved in financial services.

Yet even with all of this, there is surprisingly little guidance and support available to financial institutions to help them conduct a “reasonable” level of due diligence towards higher-risk customers.

In the KYC2020 guide to PEP screening we will address these issues and others. In this first article, we are going to start by defining what a PEP is and identify some of the big challenges that stand in the way of a good PEP screening program.

What is the Definition of PEP and RCA?

PEPs are any individuals who run the risk of involvement in bribery, intimidation or corruption because of their position of importance, power or influence.

If that seems like a vague statement, that’s because it is.

The criteria for what defines a PEP are actually very broad and may vary from country to country. Even among the regions of a country, there can be significant differences. Some common and generally accepted examples of PEPs, according to the BSA in the US, include:

Most banks, credit unions and other regulated entities rely on the criteria and recommendations put forth by the Financial Action Task Force on Money Laundering (FATF).

In 2012, the FATF’s latest definition of PEPs includes a distinction between foreign and domestic individuals. Foreign PEPs are people who are entrusted with prominent public functions by a foreign country, for example Heads of state or Heads of government, senior politicians, senior government, judicial or military officials, senior executives of state-owned corporations, and important political party officials. In general, foreign PEPs represent a greater risk than their domestic counterparts.

To make things even more complicated, immediate family members, publicly known associates and even businesses that are either related to or closely associated with a PEP are also considered a risk and must be both screened and regularly monitored. This group of people and entities are called Relatives and Close Associates (RCAs).

Immediate family members who are considered PEPs include:

Close associates who are considered PEPs include:

How the PEP Definition Creates Challenges in PEP Screening

There are several factors that can make it harder for your institution to effectively conduct PEP screening and customer due diligence (CDD) while fulfilling AML/CFT compliance rules.

First and foremost, the absence of a universal definition of a PEP as well as a clear set of rules to determine the apparent risk level of a specific individual or entity is an obvious hindrance. Identifying a head of state or a high-level government official would take little work. However, there are many politicians and people of influence who would fit the definition of a PEP, but who may be considered low key and thus fly under the radar. Despite the presence of numerous watchdogs and the importance of approaching these parties with proper due diligence and ongoing monitoring, there is still limited specific guidance on how to identify, screen and continuously monitor PEP activity.

In other words, it’s largely up to your financial institution itself to decide how to screen, on-board, and monitor PEPs in relation to your Risk-Based Approach (RBA).

Moreover, PEP watchlists and the other resources that financial institutions use to identify a PEP vary significantly in quality and comprehensiveness. AML compliance data sources in general contain large amounts of “junk” or “404” data that effectively gets in the way of good PEP screening. This in turn leads to operational inefficiencies and an increase in costly, time-consuming false positives.

Keep in mind that even if individuals are identified as PEPs, this does not mean that they are actually involved in criminal activity. It just means you need to treat every PEP as high-risk, take precautions, and implement an ongoing monitory program for such individuals. You also need to consider the balance between oversight, regulatory compliance and maintaining a fundamental level of customer service.

When it comes to PEP screening, in order to unlock the protection such oversight affords your institution’s reputation and revenues, you need to know what to look for in the first place.

In the next article, we will dive more deeply into the risk posed by PEPs and why it is essential that you effectively screen for them. 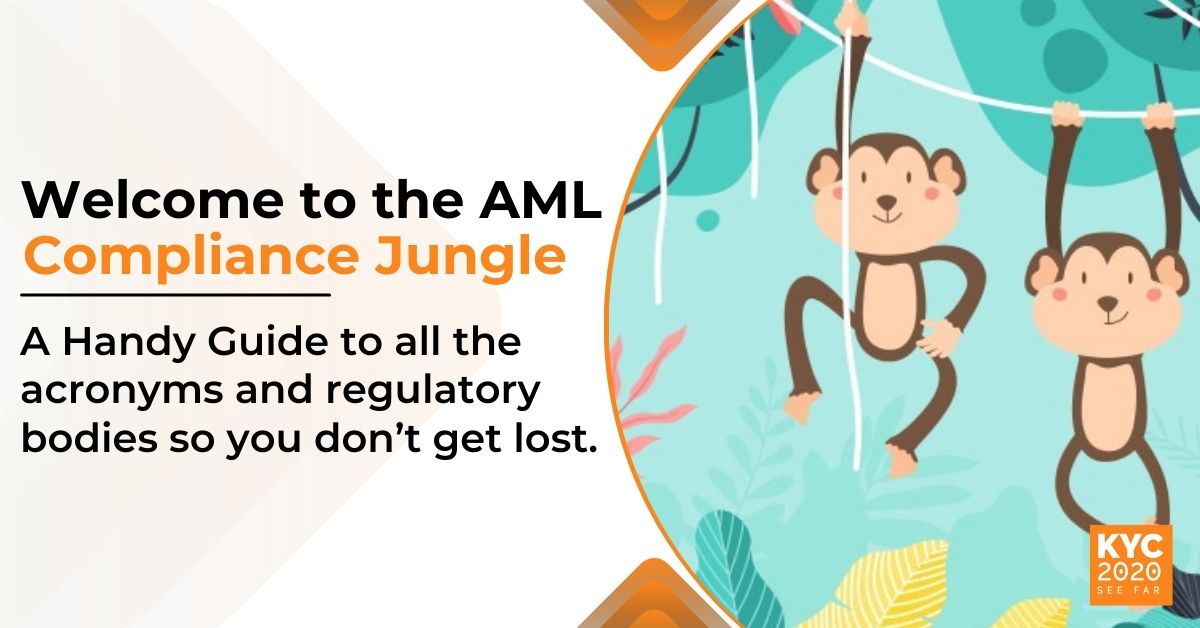 Navigating the AML Compliance Jungle: A Glossary of AML Terms 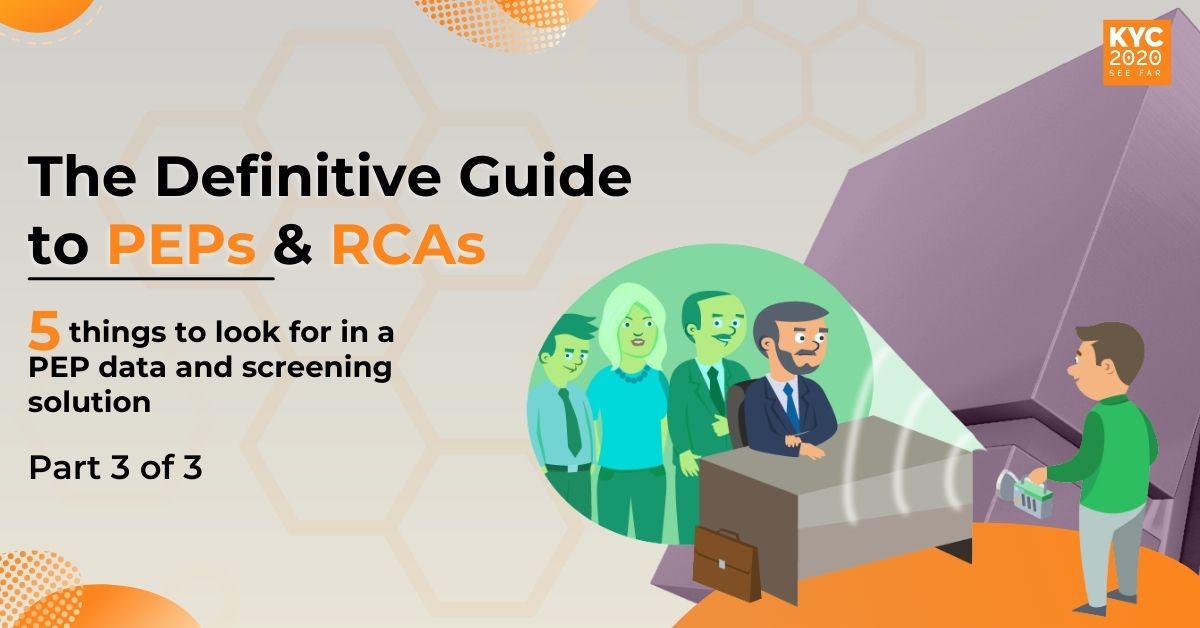 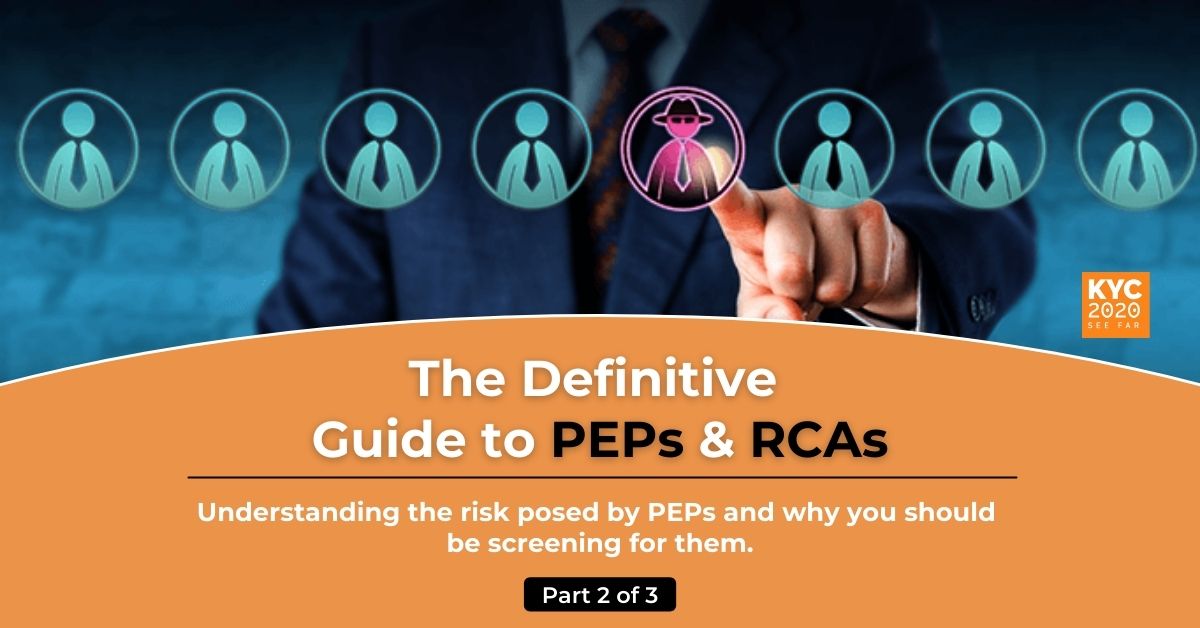